The region of Fes-Meknes is located 60 kilometers away from Moulay-Yacoub and is a place to see for people interested in the history and the architectural heritage of Morocco.

Meknes is one of the most prestigious imperial cities of Morocco, like Fez, Marrakech and Rabat. It was founded in the 11th century by the Meknassa tribe, native of Tunisia, and often called "The city with a hundred minarets"

During the French occupation in Morocco, Meknès was sometimes called "the Versailles of Morocco", or the "little Paris", expressing the beauty and richness of Meknes.

During the reign of Moulay Ismail (1672-1727), the city was equipped with new buildings, gardens, monumental gates, walls long more than forty kilometers, and many mosques with beautiful minarets. There was as well the immense underground prison, located under the Medina of Meknes, which can be visited nowadays: it was used in particular for Christian sailors captured to sea.

This archaeological site is dating from the 2nd century BC, and is located very close to Meknes, where is buried Idris 1st. This one is often considered as the founder of the Moroccan State. All the phases of an occupation of 10 centuries, from prehistory to the Islamic period through the Roman period, are represented in this place. Volubils revealed many artifacts such as mosaics, marble and bronze statues and hundreds of inscriptions.

For lovers of hiking, the lakes of the Middle Atlas constitute a step we can't miss:

Moreover, the region of Taza, located about a hundred kilometers away from Moulay-Yacoub, is one of the most preserved nature of Morocco.

It is a particularly suitable area for speleology, with no less than 125 caves and chasms. The region has also a lot of nature parks, remarkable for their fauna and / or flora. The Tazekka National Park has a large variety of birds. The park of Ifrane is known for its immense forests of cedars with different varieties. 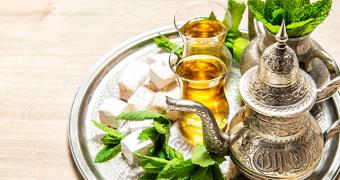 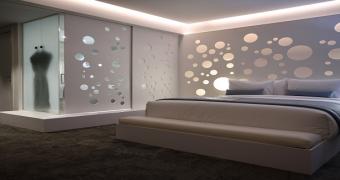 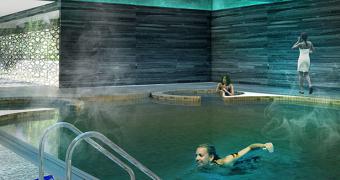